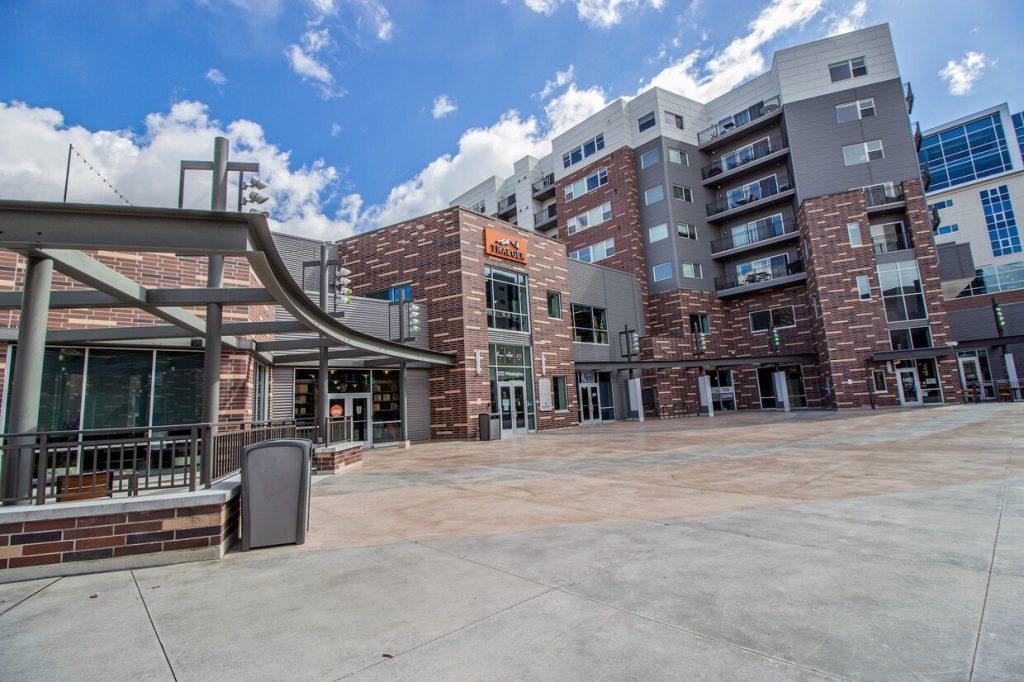 Legacy Village of Sugar House – the second phase of Woodbury Corporation’s revitalization project – is a $75 million high-rise senior community. Woodbury Corporation partnered with Western States Lodging and Management to design the mixed-use facility that will include 268 senior housing units that cater to residents requiring assisted living or memory care, as well as those seeking independent living. The complex will also include 12,000 square feet of ground floor retail space. Construction on the development began earlier this spring, and is scheduled for completion in March 2017.

“We have always been drawn to projects, both locally and nationally, where we see potential to revitalize and reinvigorate the communities,” said Jeff Woodbury, vice president of development and acquisitions for Woodbury Corporation. “We strive to build developments that address community needs, appeal to new residents, and draw new retail and economic opportunities. We feel Wilmington Flats and Legacy Village each have a modern feel that will infuse new life into the area but still fit with the history of the Sugar House community.”

Developed in partnership with PEG Development, Wilmington Flats is located at 1235 E. Wilmington Avenue, right in the heart of Sugar House. It includes 105 apartments, seven townhomes, and nearly 85,000 square feet of retail and office space. Traeger Wood Fired Grills, Synergy Tech, and Finch are just some of the businesses occupying office space at Wilmington Flats, and a number of the retail residents are already open for business, including:

Spitz – A restaurant serving Mediterranean street food
The Ruin – A neighborhood bar and lounge
So-Mi – A modern Vietnamese bistro
“I am delighted with the renewed activity and interest Wilmington Flats has brought to Sugar House,” said Lynne Olson, Sugar House resident and activist. “Sugar House has always been a place where people lived, worked and recreated in the park, and this project is exactly what was needed to restore that original spirit.”